Just like everyone who suffers from KLS, my journey was a trying one, but I was fortunate to emerge stronger than ever.

I was 16 and planning my first trip to Israel. My grandma took me to Target to shop for last minute essentials and immediately, we knew something was not right. You see, I am the type of person who can find an audience in a wall, but not that day. At Target, I felt like I was drifting through a cloud, and I couldn’t get my words out. My family thought I was just stressed from exams and in need of sleep, so they helped me finish packing and sent me on my way. When I landed in Israel, suddenly I was back to being Glenn. I didn’t think about the odd feeling again until I returned home, and it did, too.

My episodes lasted mere days but came nearly every month. Teachers dismissed what I was going through, telling me it was hormonal. I tried hard to ignore what was happening to me. Before I got sick, I had prided myself on perfect attendance, hated missing school, and participated in a ton of student organizations. But my brain had other ideas. 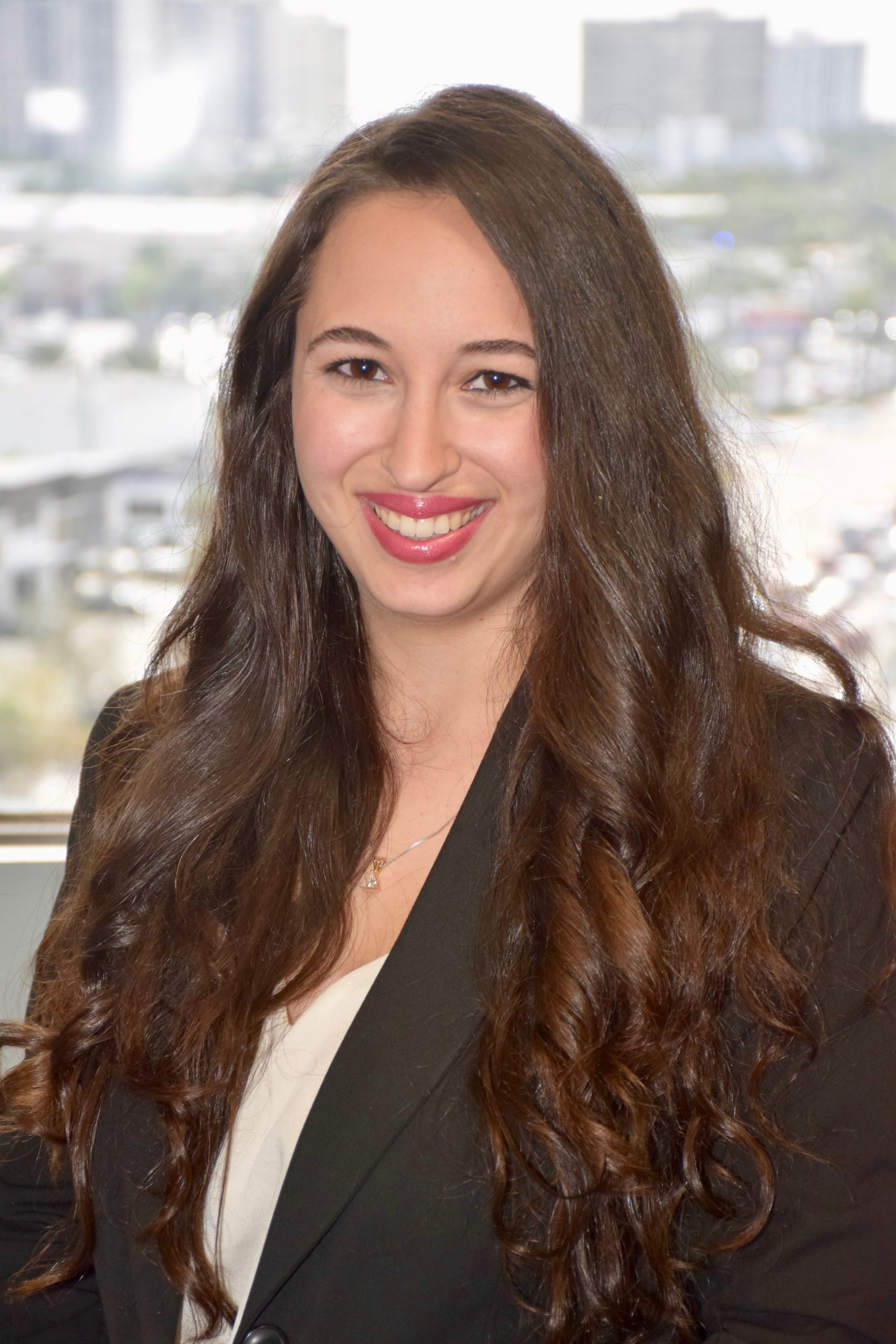 I would sleep for a few days then force myself to go to school, even when I wasn’t fully better and still felt foggy. I often put my head down on the desk and slept through class. Trying to function before I was fully out of the episode was one of the hardest parts. I learned later not to do that, and to let the episodes play out.

My parents and little sister started to get very worried as it became clear that something was wrong: I was not acting like myself and was sleeping my life away. My mom took me to all kinds of doctors. I got MRIs and CAT scans and blood work, and the doctors could not figure it out. Some told my mom that we were in denial, and that I was depressed. One doctor prescribed me anti-depression medication, which only made things worse. Neurologists were arrogant—if they couldn’t see something wrong on a test, they said nothing was wrong with me and it “must be in my head.” That sense of not being believed was nearly as entrapping as an episode itself. My mom was my biggest advocate and refused to give up, even when the doctors did.

Finally, two years after this nightmare started, my mom’s fiancé came across KLS online, and it was like a light bulb went on. This is what I have! We contacted Dr. Mignot, and he diagnosed me with KLS. Finally, I had an answer and a name for this life altering illness. Before getting a diagnosis, I thought I was going insane or even had a brain tumor. Not knowing what was wrong was horrendous. I took the letter from Dr. Mignot explaining that I had KLS to all my teachers. I felt vindicated and wanted to say “Ha, I have a neurological disorder and it is not just hormones.”

The relief I felt at having a diagnosis was incredible. That is, until I realized that there is no cure for KLS, and there was no end in near sight. I am a classic Type-A personality that needs to plan everything, and not being able to plan my own life was devastating.

The main thing that got me through this terrible and trying time, other than my family, was the KLS Foundation. Finding other people who understood what I was feeling and experiencing was so comforting. Through the KLS Facebook group, I even met KLSers who lived in my hometown! Attending the KLS conference was also an amazing experience—other KLSers and caregivers made me feel I was not alone.

Even though I missed almost half of my junior and senior years of high school due to episodes, I still managed to graduate on time with great grades and get into the University of Florida. It was hard for my mom to let me move five hours away, but she knew how much it meant to me, and we crafted a plan. I registered with my university’s disability office and we created a letter to give to my professors, who had never heard of KLS. My biggest fear was letting people down. I was involved in so many organizations, so I didn’t want to just disappear on people. My mom had a list titled “If Glenn goes into a KLS episode…” so she knew who to contact if I was going be out of commission for a while. I felt confident because I had a plan—what could go wrong? 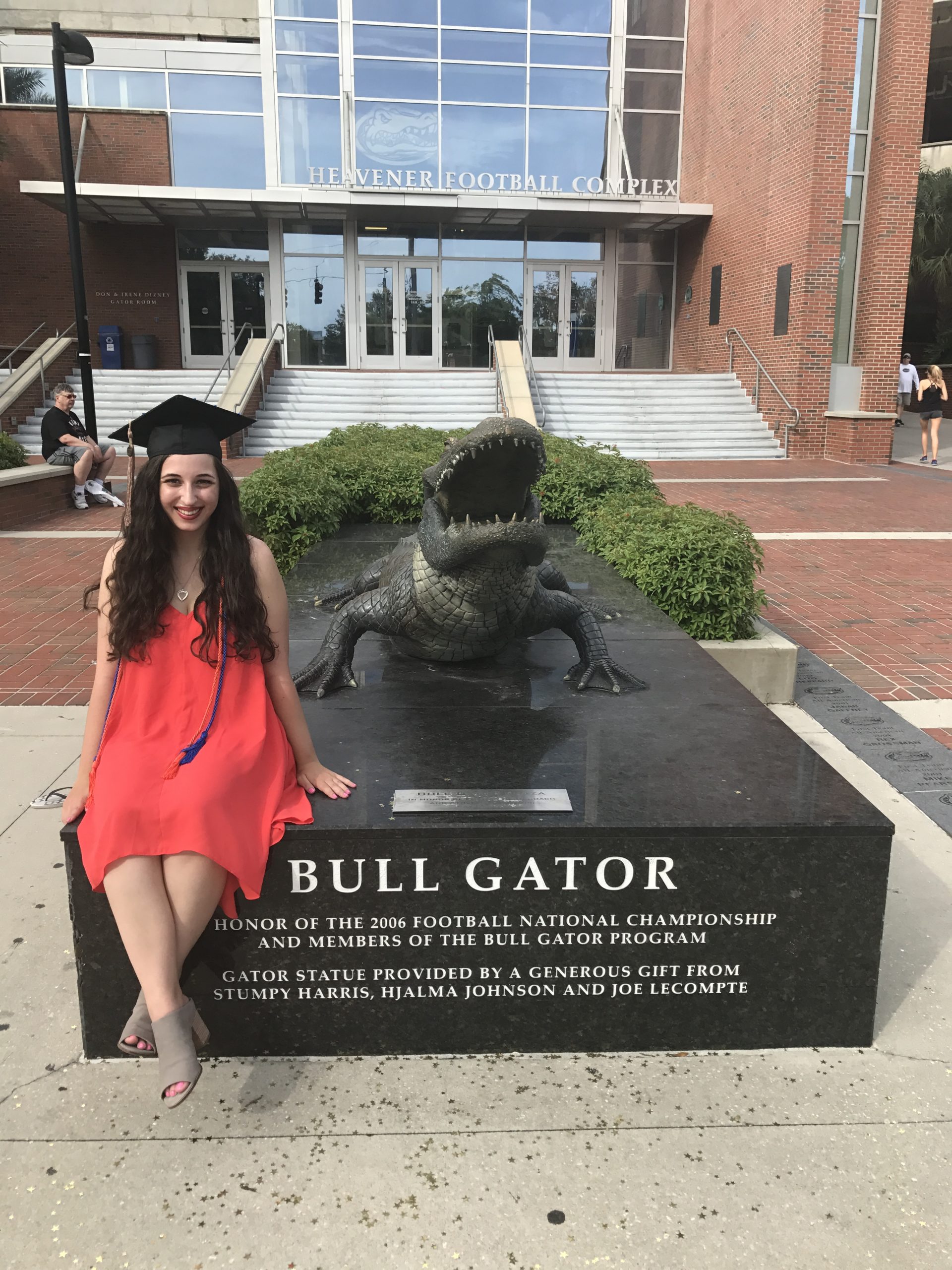 A few weeks into my first semester of college, I had my longest episode yet. My mom came to pick me up from my dorm, and I missed the rest of the semester. I missed the opportunity to “rush” for a sorority, which felt like the end of the world. When I got better, I tried to talk to my teachers about making up my work from the previous semester. I will never forget the one teacher who would not allow me to do so and gave me a B- in her class for missing the last few weeks. After this experience, I learned how to communicate better, and the dean of the university promised I would graduate.

My life got back on track. But unfortunately, the following semester I went into a nine-month episode. I had to go home, but I thought I would be back in just a few weeks. Instead, my mom and sister had to move me out of my dorm and let the university know I was not coming back for the foreseeable future.

That episode was different than the rest. It was lighter. I knew time was passing and I was missing out on life, but there was nothing I could do to stop it. All I could do was watch TV, binge eat, and sleep. People tried to talk to me, but I wasn’t really there. I was in a dream-like state all the time. I could tell that my family suffered watching me not be myself, and my sister had to go through her formidable teenage years without her big sister to guide her. Our roles as to who’s supposed to take care of whom were reversed.

When I woke up, I was determined to catch up with my friends and family and get back to college ASAP. It was a hard realization that everyone’s life moved on while mine was frozen in time. Every time I woke up from an episode, I was like the Energizer Bunny, ready to go go go, get my life back, and make up for lost time. I missed so much time.

I made it back to college, and I was healthy for 2.5 years. We thought I grew out of KLS, which is why when I went back into another episode, it was the hardest one yet. This episode lasted 13 months. I missed all of 2016.

I woke up and found out Trump was president. I missed out on graduating and saying bye to my friends from college.

Before this episode, I applied to law schools. Most of the acceptance letters came while I was sick, including an offer for a big scholarship to the University of Miami. It was close to home, so my family made the decision for me and deferred my acceptance until I was better.

When I woke up, I wanted to finish my last 18 college credits as soon as humanly possible and go straight to law school. With my sister’s help, I completed my credits in a summer semester and began law school without further deferment. Even with the crazy long episodes, I was proud to graduate college in five years with honors. I moved to Miami for law school and again registered with the disability office and created my list of contacts in case I went into an episode. This time, I didn’t have to use it because I never went into an episode again. I graduated from law school with honors and passed the bar exam.

I am finally comfortable saying that I grew out of KLS and don’t think about it every day. While KLS shaped my life, it didn’t define it. I am now a practicing attorney and able to live a relatively healthy life. While there are times KLS still creeps up in my thoughts, it is not debilitating like it used to be. When I was in episodes, I could not advocate for myself, so my mom had to speak for me. Now, as an attorney, I get to advocate for those who do not have a voice and make sure they are heard—just like my family did for me.

If you are currently suffering, please remember something my grandma used to tell me beginning on that very first day in Target: “This too shall pass.” I promise, you will wake up, and you will be you again.